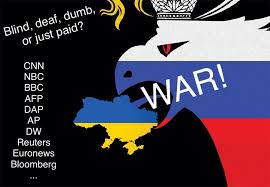 In today’s history of Ukraine, we have a “Western” society that our neighbors in the European Union and NATO should have seen in their past. The scientific and technological revolution in the world and the emergence of a post-industrial civilization (in Ukraine we have only separate “spots” of this civilization) helps to overcome the natural limitation of a person’s ability to create a new way of life for the post-communist world. This fact should embarrass, annoy people who cannot change their life scenario and form life goals, make important independent decisions. This person is immersed, perplexed himself in this complex reality, which becomes inaccessible to the backward, limited consciousness of adults. So this is a stumbling block. From this historical moment, we have a fierce mutual hatred between creative and intermediate personalities as products of negative selection in past communist history. One of them – a devoted supporter of new opportunities, the other – is trying to return to the distant Soviet past. One of them is able to adapt to new conditions, others refuse to develop in accordance with new requirements. This deep division of society in a closed society was only on a personal level. Now this confrontation takes place in an open arena.

A long period of transition has been taken up by this spontaneous inner evolution of a backward, newly closed society. Of course, we can consider the widening of the gap between nations, parts of the same society, individuals with such different scenarios of life in real society. Of course, this natural process of tragic self-identification in a dramatically changing historical reality was inevitable, but it carries unprecedented opportunities for the self-realization of a creative person.

These changes and problems generate new deepening splits and connections, unexpected alliances and sudden collisions. All these phenomena, as a rule, restructure a still chaotic society. The further fate of this society depends on the fact that the government belongs to the old nomenclature or to a new civil society. The type of starting point determines the future path of national development. This process speeds up or slows down. Of course, I mean the indispensable participation of the Western world in the old backward elite of the Third World in order to avoid large-scale cultural intoxication with cultural norms of distorted traditional social systems. New technological breakthroughs caused unexpected consequences. But this same technological revolution creates the means and ways to overcome these emerging social problems. We must take into account the importance of means, devices as products of the technological process for influencing not only human intelligence, but also the subconscious, that is, the irrational sphere of human nature.

From this starting point, we must realize the need to change the internal nature of the mentality of migrants who live in European society in the second and third generations. Of course, the host society is forced to check this level of ability, even the desire to absorb the cultural values ​​inherent in Western society, which were developed in the era of the communist dictatorship, a closed society regime.