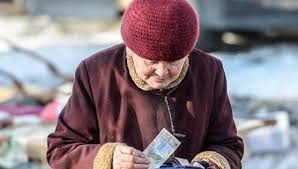 Due to the deep pain and weakness, these possibilities and the positivity of the present existence of the nation were less noticeable. This course of healing from the closed past, most people interpreted as a social decline or death of a familiar civilization. In general, because of their own limitations, they can see everything around them as a world catastrophe and a personal tragedy. This tragic sense of self immobilizes to a state of inability to adapt to a new social reality.

They are like employees who have lost their stable jobs due to lack of professionalism, narrow horizons, fall into deep social pessimism with a tendency to deepen their cultural degradation. Within the framework of deeply simplified ideas about the social structure, they were used to obtain a stable social status for the oligarchy due to the general degradation of the natural environment, human environment and psychological devastation of the person. This passive disoriented majority is forced to die or radically change its scale of life values. For the purpose of self-preservation, a strong part of the passive majority becomes an active goal-setting part of the population in Ukraine itself – or they have to emigrate to other, more civilized countries. Therefore, the population of Ukraine from 1991 to 2019 decreased from 51-52 million to about 42 million (the census has not been conducted since 2001). The extinction of the population was a logical consequence of the “rejection” of people grown in the process of negative selection under the authority of the communist government until 1991.

A small creative minority, in spite of everything, can naturally live in a normal society and be extraterritorial, since their personal and professional qualities are in demand not only in Ukraine. But this creative minority was forced to overcome the traditions of the former communist society. As a rule, the old nomenklatura remained in state power and it strives with all its might to retain this power, since the oligarchy cannot survive in a competitive environment out of power.