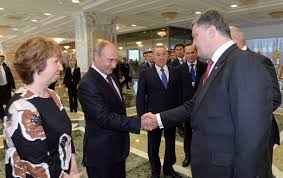 (This is an excerpt from my book “In the Human Desert

We can see the main clash between the core Western countries and countries of “Third World”. Edward Lucas and Peter Pomerantsev said well about these phenomena in their “Winning the information War”.

The key difference between their provisions and my own is the cause of the threats for the Western World, for core countries or frontline countries. They tend to see the main threat from Putin’s Russia, I do not refuse from this point of view but I hold that the main weakness we ought to find out in other They try to undermine the ground of democracy within the strongest Western countries during some time with aid of closed Muslim or postcommunist enclaves. Earlier I could suppose this probability but now we can see the real events that prove these abstract assumptions. We said above about weak parts of Western society in the conditions of technological revolution. In short, the West has a lot of vulnerable spots in order to be abruptly hurt from the side of dictators postcommunist countries and even in the Western countries in the light of last technological and social transformations in the same core Western countries. For example, some state officials thirst to reach the status of state oligarch like to the same of, for instance, Poroshenko or Putin. Trump is the visible example of these attempts to approach to the status of Putin or Poroshenko.

The most tragic events were with separate men, women or children that abruptly have immersed into the depth of the very complicated historic collisions and contradictions of this contemporary world and were too confused by these inexplicable circumstances.

This painful process took place against a background of a deep social fracture. As usually in the history, the deep changes in the science and technology engender the deep and drastic social challenges because of the mixing of people in the social structure. These changes were unsuspected and led to the painful psychological shock each of us. As the positive moment of this social upheaval in Ukraine and other post-Soviet countries, we can reveal our own opportunities and natural abilities independently of the old postcommunist elite. evolution

The Western countries take the usage the freedom, the postcommunist countries need to fight for the freedom. The sides of the inner conflict inside the postcommunist countries anyway crossed over the borders between so different cultures and civilizations. The democratic side of the former communist countries thirst to be supported by the West? the other side seeks to find out the weak spots in this Western society in order to strengthen the archaic regime of oligarchic regime. Anyway, these backward countries and societies make the impact on the advanced societies, involving them into the inter-civilizational conflicts and force to consciously sustain the regime of so unique Western civilization.

The history of our Revolution as I said above, mentions the same events in the remote European past. Thus, we ought to consider the events on the social and personal levels, on the philosophical and purely political, historical levels. Correspondingly, we divide the parts of this book.

The most interesting process is a restoration, even recuperation of the normal society that it is unique in the history of mankind. Of course, we can see the tragic collisions within people that was nurtured in the closed simplified social system but now is enforced to survive in the complicated conditions of the “normal” society. The one part of the society is able to adapt to new circumstances, the other part principally is unable to the inner evolution of the human personality, akin to the new society and new national life. We mean the depth of the psychological mental distortion of the separate person. This historic fact splits the Postcommunist society into several parts. We ought to be aware of the rate of the irreconcilability inside the same population. Now we can see the moribund Russian Federation and of its three historic projects that were developed during the long centuries. There were projects of Ivan Kalita, Ivan the Terrible, Peter the Great and Vladimir Lenin with Joseph Stalin. Major congenital malformations of these three systems lead to the death of the Russian Federation. The main product of this vicious development, the Soviet Communist nomenclature is wholly unable to adapt to the new European historic reality without the distortion of this same reality. In the path of this inability it still distorts this new historic reality because of the temporarily immature civil society in Ukraine. In ordinary everyday life we couldn’t share our own experience and knowledge with these social mutants from former nomenclature and so called rabble-proletariat. Their inability is innate. These phenomena we can see on the social and personal levels.

In short, in order to save the today’s European Western civilization it must destroy the Russian and their allied extremist Muslim mutants. We mean their physical and psychological blockade, bring to the marginal status. In other case, in future they can spawn the multiple troubles for the Western society, including the United States of America. The way of these backward systems are in the appropriate enclaves within the Western society as some hidden social sickness.

The major problem is not a threat of World War 111 as external intrusion into Western World but the intense impact inside this same European civilization.